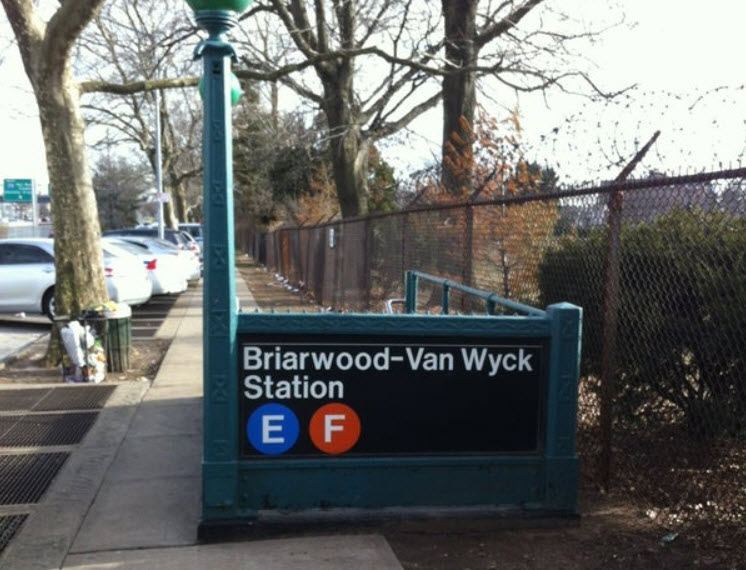 The neighborhood of Briarwood, Queens, New York is generally bounded by the Van Wyck Expressway to the west, Parsons Boulevard to the east, Union Turnpike to the north, and Hillside Avenue to the south. Briarwood, located northwest of downtown Jamaica, contains one of the highest points in Queens. It is located approximately between the Van Wyck Expressway (I-678) to the west, Union Turnpike to the north, Parsons Boulevard to the east, and Hillside Avenue (NY 25) to the south.

The neighborhood is served by the IND Queens Boulevard line of the MTA Subway at the Briarwood station (E and ​F trains). The Q20A and Q20B (collectively referred to as Q20A/B or Q20) two branches that provide local service and Q44 bus routes constitute the Main Street Line. The MTA transit line in Queens, New York City, runs primarily along Main Street between two major bus-subway hubs in the neighborhoods of Jamaica and Flushing. The Q44 express is an official Select Bus Service route.

The following transit lines have routes that pass near Briarwood, NY